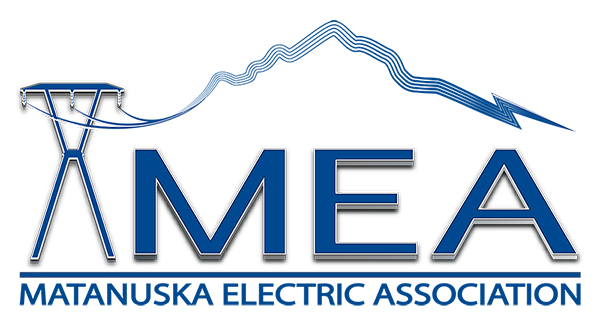 Track your usage, pay your bill, and manage your SmartHub account online.

Quick pay instead. You don't have to login to pay, but you will need your account number.

Houston, Alaska - Today CleanCapital announced a corporate investment in Alaska-based solar developer Renewable IPP, and a commitment to fund an 8.5 megawatt (MW) solar project and future development pipeline. When completed, the 8.5 MW project, which will supply renewable energy to local utility Matanuska Electric Association (“MEA”), will be by far the largest solar asset ever built in the state.

Construction on the Houston, AK site commences this month with an anticipated completion date of summer 2023. The project will create 30-40 construction jobs and 15-20 part-time maintenance jobs. When fully operational, the solar array will power approximately 1,400 homes per year, helping to stabilize energy prices and diversify energy generation in Alaska. The Matanuska-Susitna Borough, where the project is located, was a key supporter.

CleanCapital will provide financing for project construction and serve as the long-term owner-operator of the site. In addition to construction financing, CleanCapital’s investment will fund Renewable IPP’s operations to accelerate the development of its future pipeline in Alaska.

The two companies began working together in2020 when they were connected by LaunchAlaska, a local non-profit that works to accelerate Alaska’s clean energy economy. Since then, Renewable IPP has shepherded the project and its various stakeholders—MEA, Matanuska-Susitna Borough, the City of Houston, and the local community—to bring this landmark project to fruition.

“This is a ‘dream come true’ moment for our company, which centers around partnering with a capable and collaborative team. Thanks to CleanCapital, we are expanding the envelope of solar deployment worldwide. Proving solar works in the last frontier begs the question, can’t it work anywhere?” said Jenn Miller, Chief Executive Officer of Renewable IPP. Regarding the local utility, MEA, Miller remarked, “We would not be here today without the tremendous support of the MEA team.”

“Accelerating the energy transition necessitates seeking out regions that are currently underserved by the solar industry and working with local partners to build the projects that will bring cost-competitive and emissions-free power to those communities,” remarked Julia Bell, Chief Commercial Officer at CleanCapital. “We are thrilled to make this significant investment in Renewable IPP, a team that is leading the way for solar in Alaska.”

“MEA is excited to partner with Renewable IPP to expand the amount of renewable energy on our system,” said Tony Izzo, Chief Executive Officer of Matanuska Electric Association.  “Member surveys indicate people want MEA to produce more power with renewable energy, but not at an additional cost. We believe this project achieves that goal while helping MEA responsibly meet the board's carbon reduction targets.”

“Wood Mackenzie ranks CleanCapital as one of the ‘Top 10’ commercial solar asset owners in the U.S. This acquisition, along with several others we’ve announced this year, ensures that we not only remain competitive but are well-positioned to drive the energy transition,” continued Bell. The investment in Alaska follows the acquisition of BQ Energy, announced in June, and the acquisition of a 37MW solar asset in Guam in July; together, these demonstrate a significant expansion not only in geography, but also in scope. With this investment in Renewable IPP, CleanCapital’s early-stage solar and solar-plus-storage development pipeline now totals more than 1 gigawatt.

CleanCapital is an industry-leading clean energy investment platform. Since2015, CleanCapital has worked to accelerate investment in distributed solar and storage assets to address the urgent threat of climate change. To date, CleanCapital has invested more than $900 million in projects and companies that align with its mission. In total, the company has successfully acquired projects totaling more than 360 MW spanning 25 states and one U.S. territory.

More information about CleanCapital can be found at https://cleancapital.com/